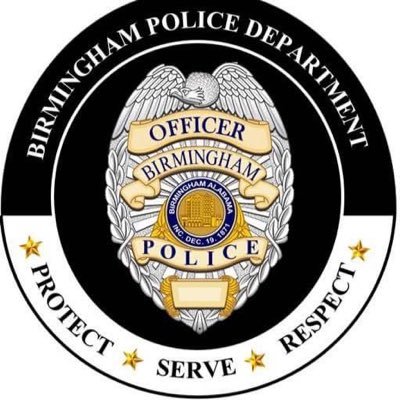 Connor was elected to a second term as Birmingham’s commissioner of public safety in 1952 and was re-elected in 1956. He served until 1963. In 1961, Connor was involved in the “Freedom Rides” that highlighted the illegal imposition of racial segregation on interstate buses. This was illegal under federal law and the constitution, and the Freedom Riders rode into southern cities to protest their treatment by the police.

Although many civil rights activists saw the march as a challenge to the police’s authority, many black citizens were wary of supporting it. Connor interpreted the march as an attack on his authority. As a result, many marchers were imported from elsewhere, and he used children to give the march a false appearance of numbers. This damaged Connor’s reputation.

Connor’s relationship with the Chief of Police

When Eugene “Bull” Connor was the chief of the Birmingham Alabama Police Department, he was a white man who used brutal tactics against civil rights demonstrators. His actions ignited the fire of the John F. Kennedy administration, which promised to pass major civil rights legislation as a result. His actions led to the passage of the Civil Rights Act of 1964. It also helped accelerate the repeal of segregation laws in Birmingham.

In 1963, images of police violence in Birmingham spread around the world. The images made the public’s opinion of police brutality. Since then, the Birmingham police department has been trying to change its image. Connor’s controversial tactics changed the way the department approached crime and violence.

While Connor was an activist for civil rights, he was also violent and sometimes brutal, and his actions contributed to the increasing violence against blacks in Birmingham. In 1963, he ordered the use of fire hoses to put out fires and police dogs to chase and arrest the demonstrators. Images of these violent police actions began to circulate in the national media.

Bull Connor’s relationship with the Birmingham Alabama Police Department is infamous. The former commissioner of public safety, Connor personally enforced segregation laws. During the 1963 Birmingham Race Riot, he used his own police dog to attack non-violent marchers and he became a symbol of the city’s resistance to change.

The Birmingham Police Department swore in its first African-American officer in 1966. Despite the change in the city’s demographics, the department remained nearly all white. The image of the police department was so damaging that it became a campaign issue for the new mayor, Richard Arrington. The shooting of Bonita Carter drove a wedge between Arrington and his opponent David Vann and propelled Arrington to office as Birmingham’s first Black mayor.

Connor’s relationship with the Training Section

When the Birmingham Campaign started in 1963, Connor had taken control of the Birmingham Alabama Police Department and was the city’s commissioner of public safety. He personally enforced segregation laws, including segregating attendees at the Southern Conference for Human Welfare by race. In a famous incident, he defied the orders of First Lady Eleanor Roosevelt to separate black and white conference attendees. His actions sparked outrage and helped spark the passage of the Civil Rights Act in 1964.

Connor’s belligerence returned after his re-election, reinforcing his department’s reputation as a protector of violent segregationists and the oppression of Black citizens. He arranged for fifteen minutes of free rein for vigilantes, and he also met the Freedom Rides buses on Mother’s Day 1961 to drive them across the Tennessee state line. In addition, he oversaw the purchase of two armored “riot cars” that he used to intimidate residents.

Despite his efforts to prevent racial conflict, Connor had to use violence to protect the community. One incident resulted in more than 900 arrests, and the police used police attack dogs and high-pressure water hoses to repress the demonstrators. Despite the brutality of the police officers, Connor maintained his innocence.